I had already done the same test (What D&D Character Are You?) six years ago but I wanted to check if there was some reliability. (I also tried to stat myself using GURPS with - 50 points).

The result did not change (except the Level, which got an upgrade). Oh, ok, I lost an IQ point and a Constitution point. :)

I get the Wizard part (scholar) but I am still a little disappointed by the Alignment.

I Am A: True Neutral Elf Wizard (5th Level)


Alignment:
True Neutral A true neutral character does what seems to be a good idea. He doesn't feel strongly one way or the other when it comes to good vs. evil or law vs. chaos. Most true neutral characters exhibit a lack of conviction or bias rather than a commitment to neutrality. Such a character thinks of good as better than evil after all, he would rather have good neighbors and rulers than evil ones. Still, he's not personally committed to upholding good in any abstract or universal way. Some true neutral characters, on the other hand, commit themselves philosophically to neutrality. They see good, evil, law, and chaos as prejudices and dangerous extremes. They advocate the middle way of neutrality as the best, most balanced road in the long run. True neutral is the best alignment you can be because it means you act naturally, without prejudice or compulsion. However, true neutral can be a dangerous alignment when it represents apathy, indifference, and a lack of conviction.

Find out What Kind of Dungeons and Dragons Character Would You Be?, courtesy of Easydamus (e-mail)

Mnemosyne (Memory), who reigns over the hills of Eleuther, gave birth
to a forgetting of ills and a rest from sorrow
The Nine Muses are daughters of Memory and the gift of Memory is Forgetting (through the Arts).
Nice pun on Μνημοσύνη ( = ἀλήθεια) and λησμοσύνη (= λήθη). The Greeks identify Memory (ἀνάμνησις) and Disclosure of Truth (ἀλήθεια) but here Hesiod also says that Oblivion is the godly gift by Memory, instead of its negation.

we know how to speak many false things as though they were genuine;
but we know, when we will, to utter Truths

The Muses are Memory and Oblivion because they are beyond Truth and Falsity through poetry. 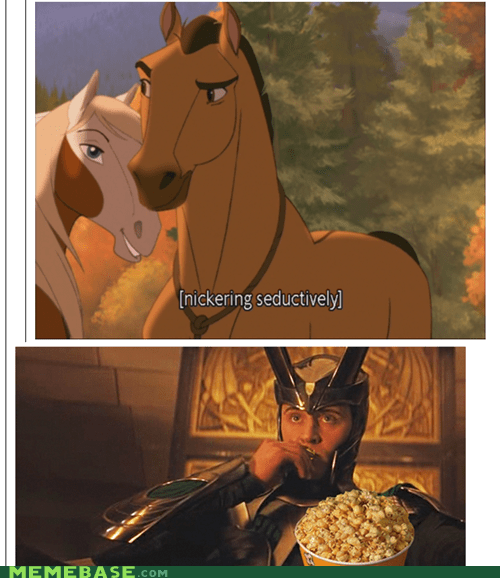 I've not been an official playtesting GM for the new game 13th Age but have seen some parts of the background as a player and I really like the High Fantasy setting the authors designed. As usual, I think I may steal some parts and change them but I hope I will not end up with a sum of too many plagiarisms.

A few examples of the setting I loved :

The Psychopomps of Limen can offer some very limited "safe-conduct" (laissez-passer) or passports to the Land of the Dead. Usually, there is a price to pay and you have to do some service to be able to enter the Here-after.

Some passports are weapons and you have to sacrifice an innocent first. They can also be "oboli" to pay the Wardens. Sometimes the passport is a spirit or a ghost-servant.

The passport has usually a expiration date. Some Lords of the Netherworld even have the courtesy to include a magical hourglass.

There are a few mercenaries and heroes who claim to have travelled a few times in the Great Beyond. They say that the Land of the Dead has its own laws and that there are wars and factions which can use mortal agents. But they also say that space is too weird in Hell for maps. Hell is still uncharted and made of Oblivion.

There are forged passports which are quite dangerous. Some sorcerers created Helmets which can make you look like a ghost but it is no guarantee you will be able to return to the Material World.

Notes: I still hesitate between making the Nekuya/Catabasis very challenging or easier than in most settings.

Necromancers from Urn were the first who tried to synthetize the "Elixir", the Eucharist from the City of Relic. It failed and they got the Withering Curse. They were able to stay alive but in their horrible decomposed forms. Many people say that the Empire of the Ghouls come from the same origin: the crime of cannibalism to find immortality. A rumour says the same fate can happen to people who eat the real Eucharist and that the Lords of Relic are now Vampires and Trolls.

The Alchemists founded Athanor because they did not want to finish like the Necromancers and the Ghouls. They looked into new ways to find immortality. Since the living body was too fragile, they tried to sacrifice their flesh for a mineral new "Glorious Body" (corpus gloriosum).

But they had another problem. Their new bodies were robust and almost indestructible, but without the anchor of Flesh, they found that their souls and their minds could be damaged.

They lost many feelings and emotions and they have the nostalgy of their five senses. Some of them became insane and they keep looking for the Great Work, a Living but Immortal Body instead of their Golem simulacra. They change the Vessel of their body to improve the sensations.

In the City of Limen, the Horned Hunter of Fury has antlers and he/she rides evil Perytons (flying stags), who are said to have the souls of murderers (their shadow is human-shaped). Each time they slay another victim their antlers grow.

The Horned Hunter looks for escaped ghosts and it is ironical that he has a shape of the Hart. Some people saw him with other chimerae like Valravn (raven-wolves who ate the bodies of heroes), with shield-maidens or with three-headed hell hounds.

The Order of the Peryton is an Order of Noble Ghosts who police some parts of the Haunted Limen.

Siren is one of the cities of Dreams in the Chimerian Coast, like Ivory Gate.

There are many different pleasures in Siren. First, there are songs and so many Bards that people travel there to hear echoes from the whole world. The Moon of Labram (The Ear of the Labyrinth) catches every sound. The Bees and the Birds all sing around the City and poets are said to have tongues covered with the Royal Honey of the Gods. The Syrinx Woods and the Beehives of Siren are filled with eerie sounds.

But all the other senses are satiated too. There is
(1) the nectars, the elixir, the cakes, the secret diamond spices, the Chimerian milk, the Pearls in Vinegar, and the Royal Honey of the taste,
(2) the Five Perfect Perfumes of the Hanging Gardens,
(3) the soft spider silks from Arachne, the hot baths, pools and dark rooms of the Caresses of the Succubi/Incubi,
(4) the mosaics and paintings of the Theater,
(5) the dances and the "Ilinx" (Vertigo) of the Ropes,
(6) The Dark Laughter and other addictive drugs where you can lose your sanity,
(7) The Sublime Infinity where your imagination is destroyed by contemplating fragments from the Map of All Realities.

But the Dark Delight of Siren is darker still. There is the Vertigo and Thrill of death, the call of Oblivion, the Thanos Pulsion. The Great Game of Siren is the Game of Life and Death. Masochists who were able to go beyond the other pleasures can reach the Dark Desire itself. Then they become Spectres and are usually sent to the City of Limen.

The City of Ascesis was founded by rebels who fled Siren. Some have trained themselves to ignore all their senses. Some of them are deaf and blind because they removed their eyes. Many of them are crazy. They want a crusade against Siren, to purge the world from this alienation. The Order of the Silent Sisters I mentioned about Gnomon may come from Ascesis.

Inspirations
The original inspiration was The City of the Seven Dark Delights in the comic-book Weirdworld by Doug Moench. I think they mentioned only "Dark Laughter". I did not put any games of chance because I think there will be another city about Lottery and Chance.

But the new inspiration is mainly Spasm, the City of the Thirteen Pleasures, an old adventure for the Rêve de Dragon RPG. I stole especially the idea of Man-hunt from the Most Dangerous Game. There was also a counterpart to Ascesis in that adventure, called Neurosis.

I still hesitate if I should separate Siren and my original idea of Carnaval. Carnaval was supposed to be a kind of Venitian city (with perpetual Saturnalia) where the main pleasure was Gladiatoral Games. But the Gladiators became the best army of mercenaries in the world.

Ok, it's time for yet another Index of the Cities of the Chimerian Coast.

The City of Blackwell (see Previous Entry) leads to the Underworld but there is hellish warmth coming from below, maybe from a secret dark fire in the depths. That's why the air glider can rise from the slopes of the vertical city. There are three main levels:

(1) The Day Heights where the light of the sun comes more or less naturally.

(2) The Mirrors where the light of the sun has to be reflected.

Some people claim there are deeper levels where creatures live in lava and volcanoes.

The Palace of Memory or Map of All is folded in Oblivion. It is the first Limit.

The Dark Age
According to a gnostic version, the Ancients build Giants and the Giant is sacrificed by Dragons to create the World-Soul. The Fire of the sacrifice threatens to destroy everything and the Flood extinguishes the Holocaust.

Historical Time
There are now two species: the Mortals (subjects to Oblivion) and the Unseen (or Spirits who can remember their previous lives).

The Unseen split between the Zwercs (Sign) and the Fairies (Nature). The Zwercs build the first Book to rewrite the Map. The Book grows and become the Mother-City. The City is besieged by Fairies and enclosed in the Thornwood. Start of the Century Siege.

Rune-Scales escape from the Mother City and spread the first books. First prohibition of Writing by orthodox Druids.

Eclipse, the City under the Moon, is the first of the Dark Cities.

Crusade of Mortality.
Luna, the most beautiful Mortal dies.Mortals go to the Gates of Hell on the Chimerian Coast to free Luna and end Death itself. The Crusaders are crushed in Limen-on-the-Lethe. The City of the Truce allows a neutral city between Life and Death. Its symbol is the Snake of the Chimaera.

Blackwell (la Margelle) is another open gate to the World-Soul.

The Holy City of Relic is built by survivors of the Crusade with the Eucharist of the Dying Immortal (the Behemoth). The Lords of the Manna become undying guardians of the "Holy Grace". Its symbol is the Goat of the Chimera, symbol of Cornucopia and fecundity.

Necromancers, who refused the truce with Death, build Cinder (also called Urn), city of Undead. Its symbol is the Green Lion of the Chimera, because they challenge Death.
Alchemists build Athanor, city of Golems, Mind-Jars and Metamorphoses. Seven Oneironauts escape to the Ivory Gate.

Unknown Date: the Gnomon appears. The Gnomon Guard keep the watch under its shadow.

Carnaval, the City of the Seven Dark Temptations, appears. It is an antinomian place where laws are inverted. The Carnaval Games start the first Gladiator Companies, armies of sell-swords.

Myrina slays her cousins, the Snake-Women (Gorgons), tames the Unicorn and create the first Empire of the Horse-Maidens.